Finance apps have seen a continued surge in adoption across Europe's app stores in early 2021 amid the ongoing COVID-19 pandemic. Sensor Tower's State of Payment Apps 2021 in Europe report, available now, is a deep dive into the evolving trends in digital payment and money transfer mobile apps, along with analyses of its top publishers and markets.

The performance of the top 50 payment apps in Europe has remained strong so far this year after climbing 31 percent year-over-year to 102 million in 2020. In the first quarter of 2021, installs of the top payment apps from Europe's app stores surged 32 percent Y/Y to more than 30 million from approximately 23 million in the same period last year. 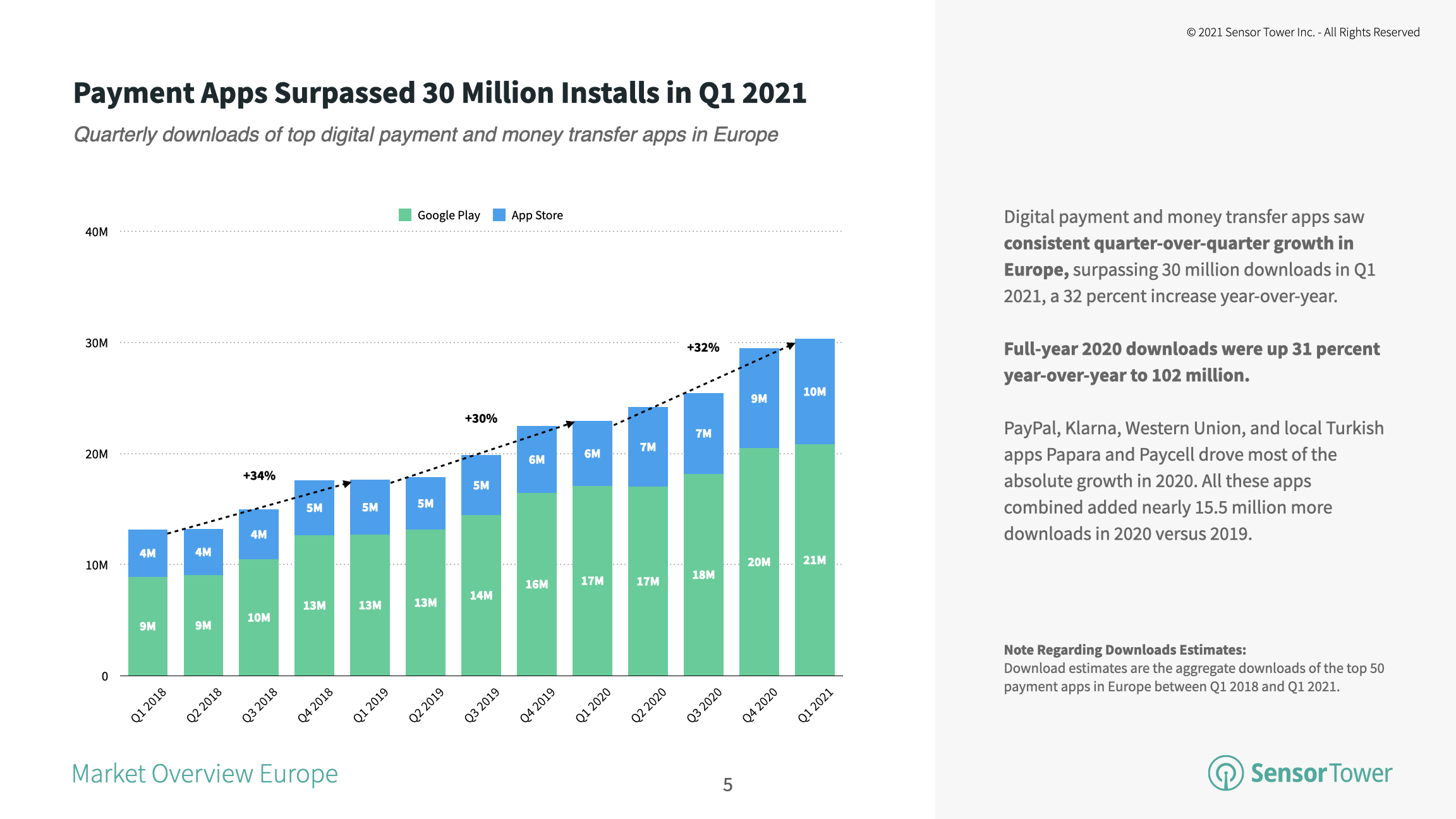 Since 2018 and continuing into the first quarter of 2021, PayPal and Google Pay have been the most downloaded payment apps in Europe. However, their audience is not evenly distributed across the region. PayPal adoption is strong in Western and Southern Europe with an audience concentrated in the U.K., Germany, France, and Italy. Central and Eastern European consumers, however, favor Google Pay, which was the top payment app in Russia. 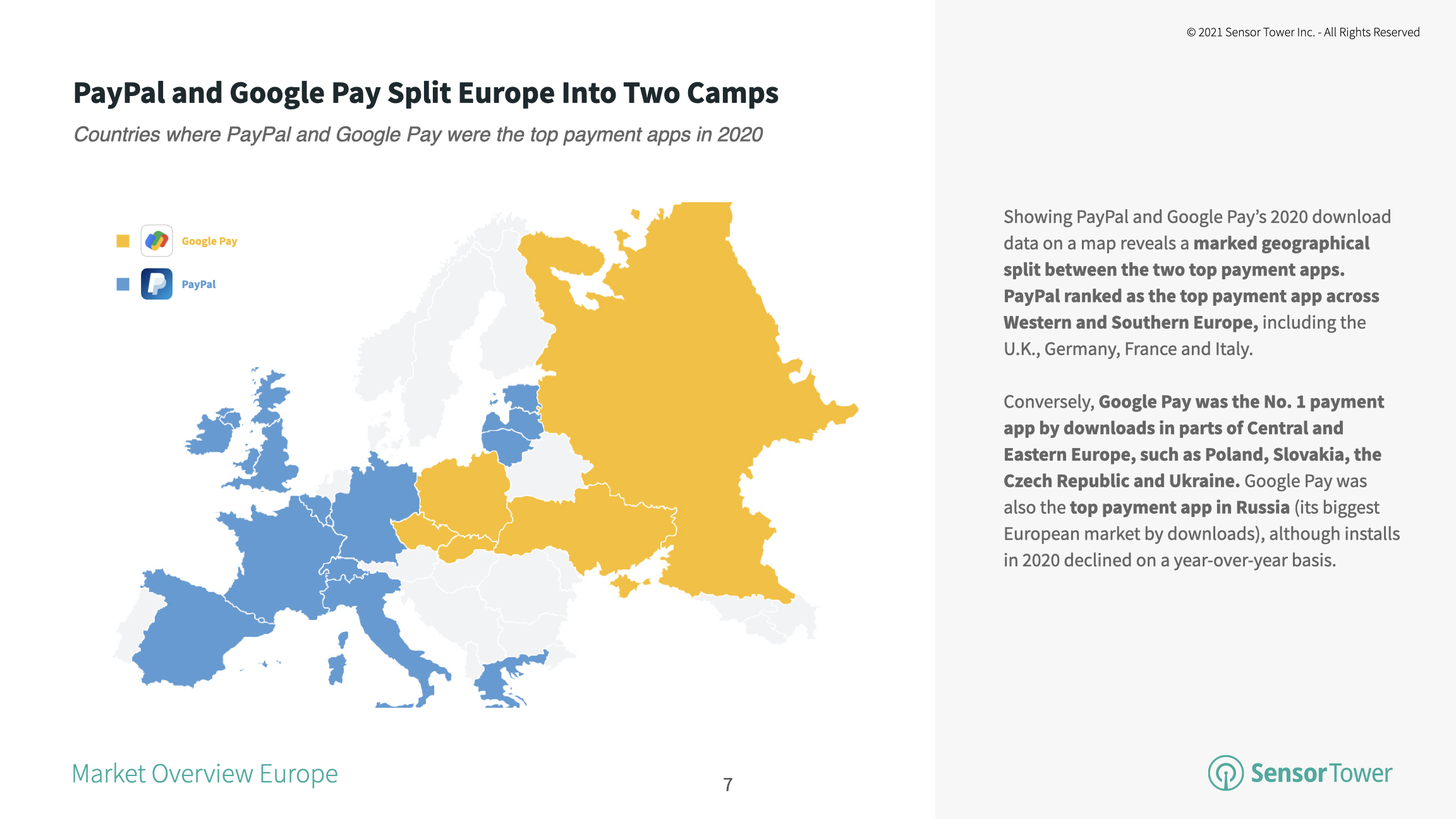 This geographical breakdown of the top two payment apps' audiences saw a shift in 2020 that shows PayPal pushing eastward. PayPal's adoption in Eastern European markets grew significantly last year, climbing 191 percent to 365,000 in Romania and 156 percent Y/Y to nearly 600,000 in Ukraine. The onset of the COVID-19 pandemic also bolstered PayPal's installs across the region while Google Pay saw a decline—PayPal's monthly installs across Europe's app stores climbed 27 percent to 1.9 million in April 2020 from 1.5 million in January, while Google Pay's fell 38 percent to 1 million from 1.6 million when comparing the same two months.

Although other money transfer apps such as Wise experienced adoption growth, Western Union remained the category leader. The app's installs grew 51 percent Y/Y to 4.3 million in 2020 across the region's app stores, dominating markets such as France, Germany, Italy and Spain. However, the margin between Western Union and Wise is much slimmer in the U.K. 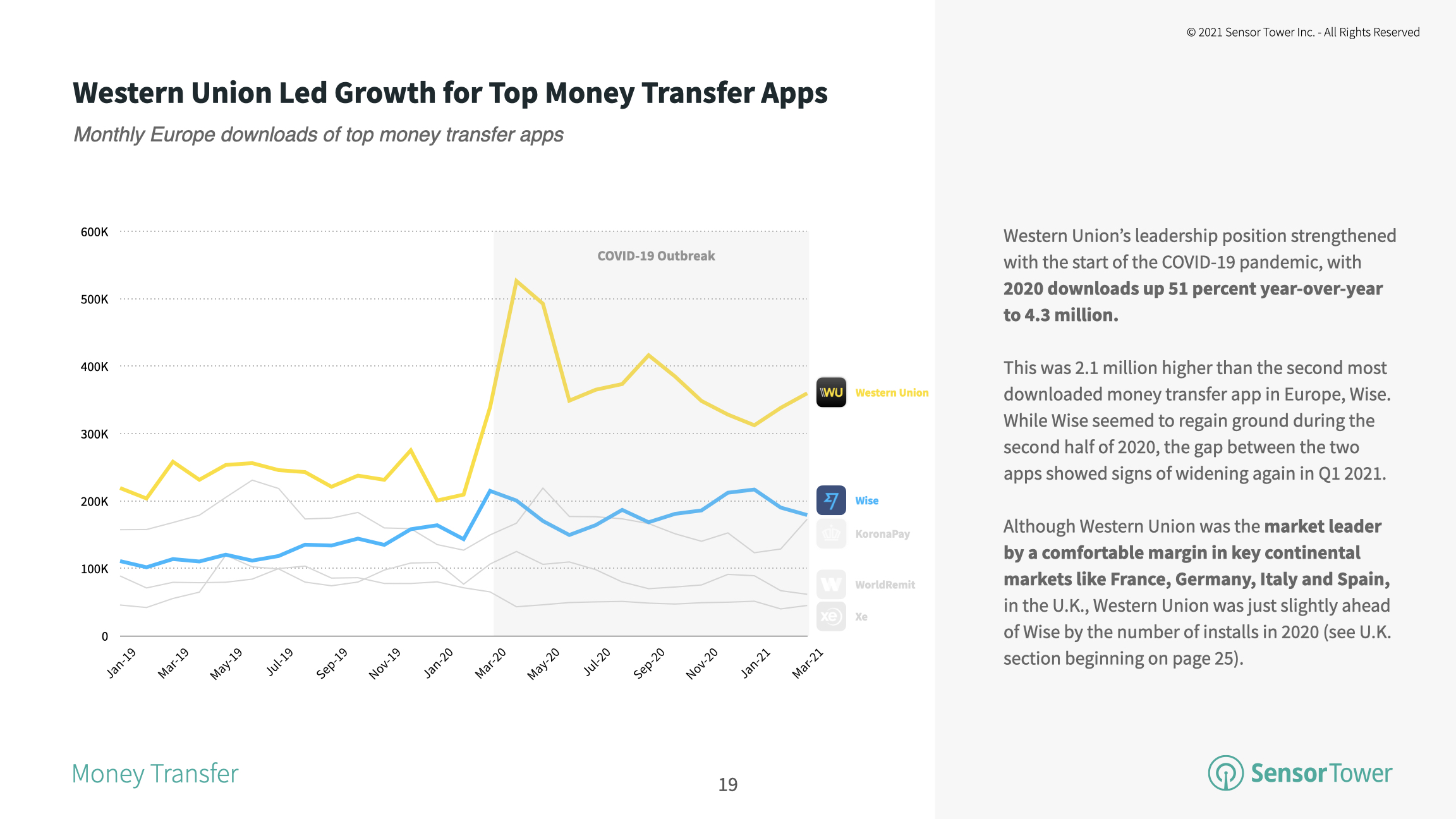 For more analysis from the Sensor Tower Store Intelligence platform, including key insights on the performance of payment apps in the U.K., Germany, and Russia, download the complete report in PDF form below: 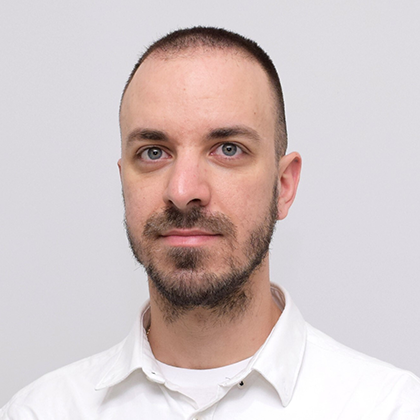