Even as consumer interest in e-commerce retailers such as Amazon and Wish surged this year due to the COVID-19 pandemic, shoppers are still turning to familiar brand name brick-and-mortar retailers. According to Sensor Tower’s latest report on mobile retail trends, available now, the top B&M apps in the United States saw their installs grow robustly in the first three quarters of 2020 by 27 percent year-over-year. This is nearly double the growth experienced by online retailers, which saw their app installs increase 14 percent over the same period. 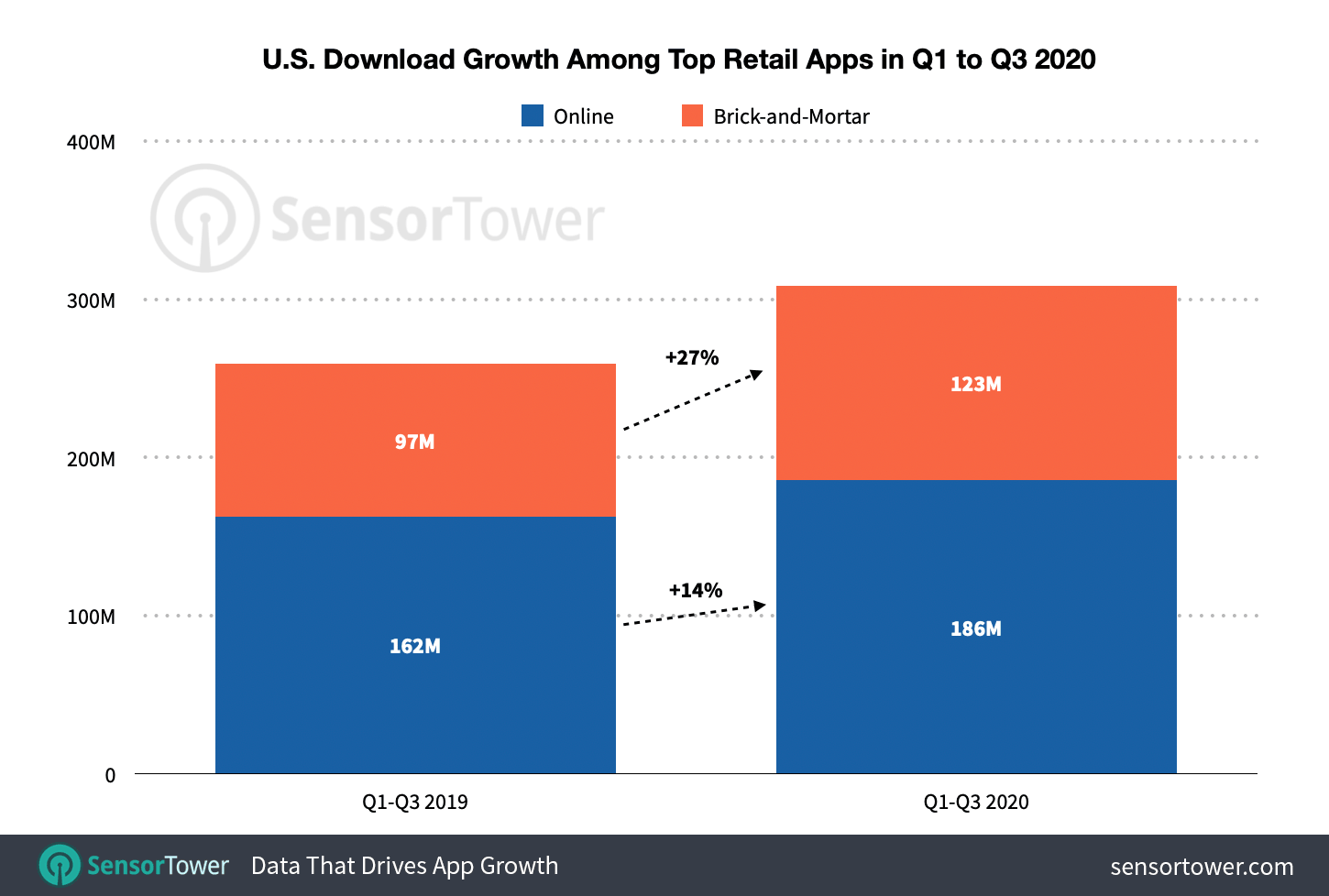 The five most-downloaded B&M retail apps in the U.S. saw more than 46 million installs from January to September of this year. This is approximately 38 percent higher than the 33.3 million the top five apps in this category saw during the same period in 2019.

This cohort of apps includes brands such as Walmart, Target, Sam’s Club, Nike, Walgreens, and The Home Depot, reflecting the overall upward trend in installs for the Retail Warehouse and Home Improvement subcategories. In the six months since COVID-19 first triggered lockdowns across the U.S., Retail Warehouse apps saw their installs grow more than 100 percent above pre-COVID-19 levels, much higher than the typical 30 percent lift seen during the holiday shopping season. Downloads in the Home Improvement category grew 48 percentage points when compared to the same period. 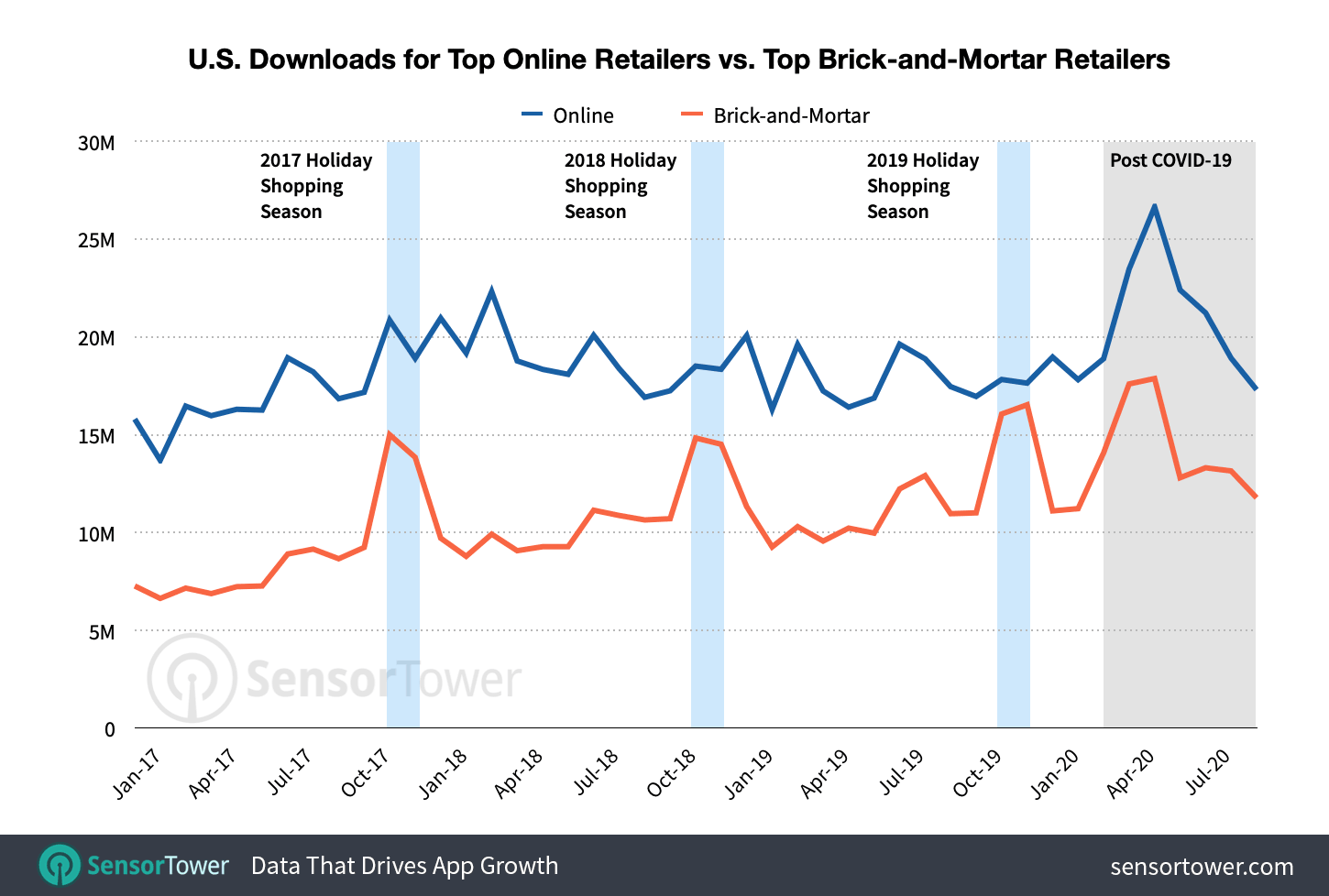 More apps than ever are launching in the shopping category across U.S. app stores from both national brands as well as small businesses, with releases up 52 percent Y/Y in March to September of this year. Sensor Tower’s new report illustrates how mobile retail has changed this year and what thriving apps are doing to adapt successfully.

For more insights, as well as our latest analysis of retail app usage, download the report in PDF form below: