Consumer spending in mobile apps reached new heights in 2020, as did revenue generated from in-app subscriptions. According to Sensor Tower Store Intelligence data, worldwide consumer spending in the top 100 non-game subscription-based apps grew 34 percent year-over-year from $9.7 billion in 2019 to $13 billion.

The growth of subscription app revenue in the United States trailed the global trend, but was still up from the previous year. U.S. consumers spent nearly $5.9 billion in the top 100 non-game mobile apps offering subscriptions during 2020, up 26 percent year-over-year from $4.6 billion in 2019. This is 5 percentage points greater than the Y/Y growth experienced by the top subscription apps in 2019. 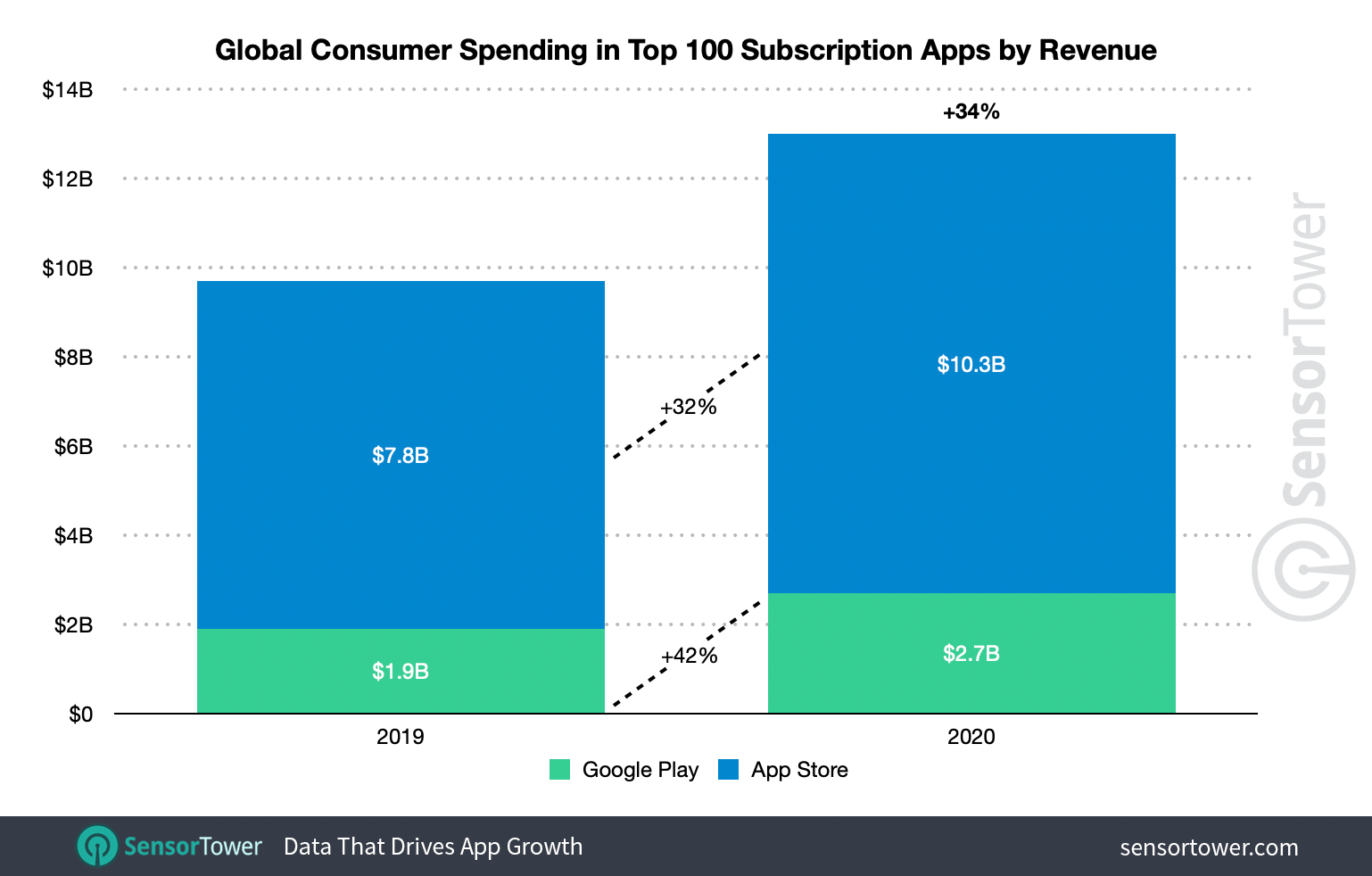 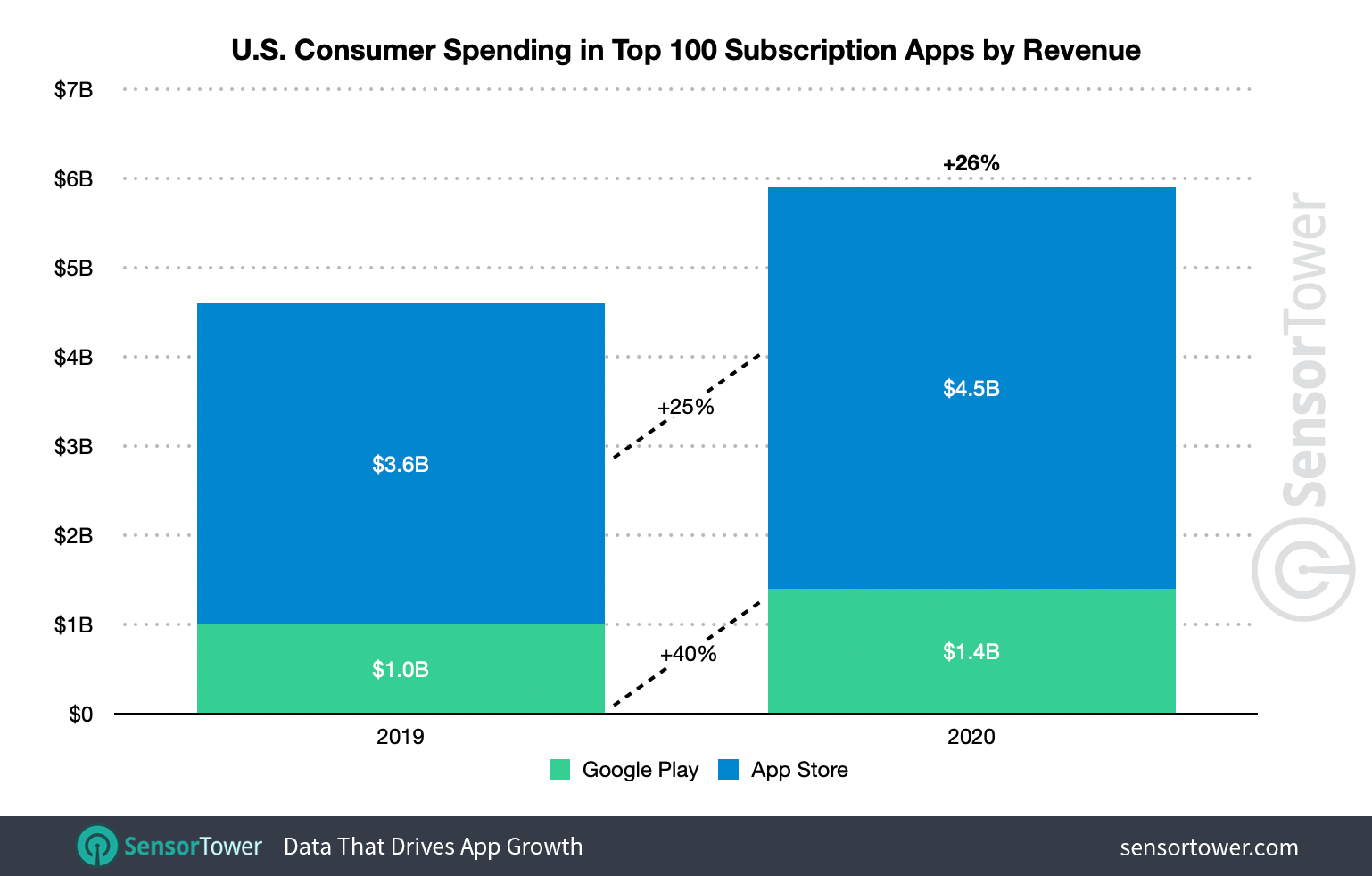 Consumers have historically spent more on the App Store than on Google's marketplace, and the same holds true for subscription apps. Globally, the top 100 subscription apps on the App Store generated $10.3 billion in 2020, up 32 percent from $7.8 billion the previous year. The cohort of 100 top earners on Google Play saw $2.7 billion last year, up 42 percent Y/Y from $1.9 billion in 2019. 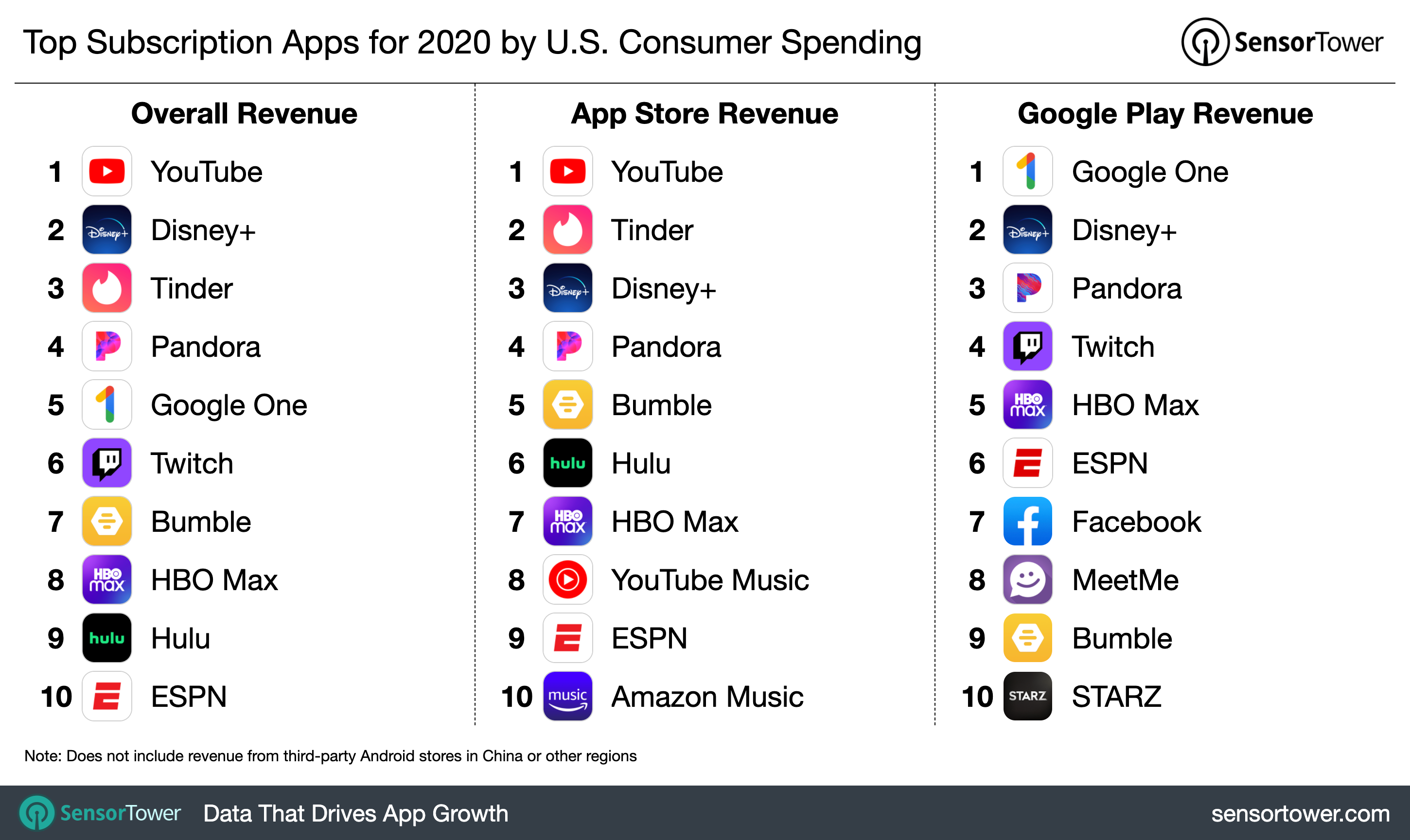 Sensor Tower's 2021 Mobile App Industry Trends report found that mobile game publishers were adopting subscription models at an increased rate in 2020, with eight of the 15 top grossing titles offering recurring in-app payments. This shift in strategy follows consumer trends—even before the COVID-19 pandemic, consumers have been spending more on the top subscription apps than in the past.

From Q1 2019 to Q4 2020, U.S. consumers spent more in the top 100 subscription apps each successive quarter. This cohort of apps saw $1.7 billion in the final quarter of 2020, up 31 percent from $1.3 billion in the first quarter. Sequential growth like this, along with substantial gains by individual apps, are strong signals that we will see more publishers choose to adopt the subscription model in 2021 and beyond.